Better late than never. Intel is catching up with the Internet of Things and Industry 4.0 revolutions, which it aims to power with its latest processors and even its competitors’. It’s partnering with ARM to build chips for connected objects and smartphones. And, on the industrial side, Intel is collaborating with GE to bring its industrial operating system, Predix, to one of its assembly plants. Smart lighting could be one of the first uses of this platform.

It’s more than a test. Intel expects Predix to be integrated into all Intel-powered devices to improve real-time data analysis in factories. Additionally, GE is using Intel sensors at one of its power plants to send data about temperature to the Predix cloud where it can be constantly monitored.

At the same time, the microprocessor manufacturer has developed its own connected devices that integrate its trademark sensing camera technology and processors into a tool called Euclid. It’s like the brain of a robot and it’s currently being used to create Artificial Intelligence machines for health uses and BMW wants to build it into self-driving cars.

These measures are part of Intel’s latest strategy, which was highlighted by the company’s CIO in a recent keynote. The chip manufacturer thinks these three changes in tech are going to alter many markets:

– Computing will become more pervasive as there will be billions of connected devices and sensors producing data. This means Artificial Intelligence will get a boost as it helps analyze data coming from IoT.

– The network will need a massive overhaul in order to integrate so many connected objects and to analyze in real time the data they are producing.

– 5G connectivity will be foundational to keeping us connected to everything around us and will be heavily depended upon to fuel the growth of the industry.

BIND 4.0 - Basque Open Innovation Platform @bind40
1 day ago
The alumnus startup LINQcase develops a solution that controls 100% of the pieces using non-destructive electromagnetic techniques, avoiding the waste of parts that may be useful. This way, their clients save time and costs. Discover how they do it below. https://t.co/ehbYdfptk1
View on Twitter
0
4

BIND 4.0 - Basque Open Innovation Platform @bind40
2 days ago
Soon we'll start the 5th edition of @bind40. We asked our alumni to give tips to the new #startups to get the most out of the program.
According to @accexible, participants should dig into the corporate partner's needs to make full use of their collaboration. Take notes! 📝 https://t.co/Nip25PExT6
View on Twitter 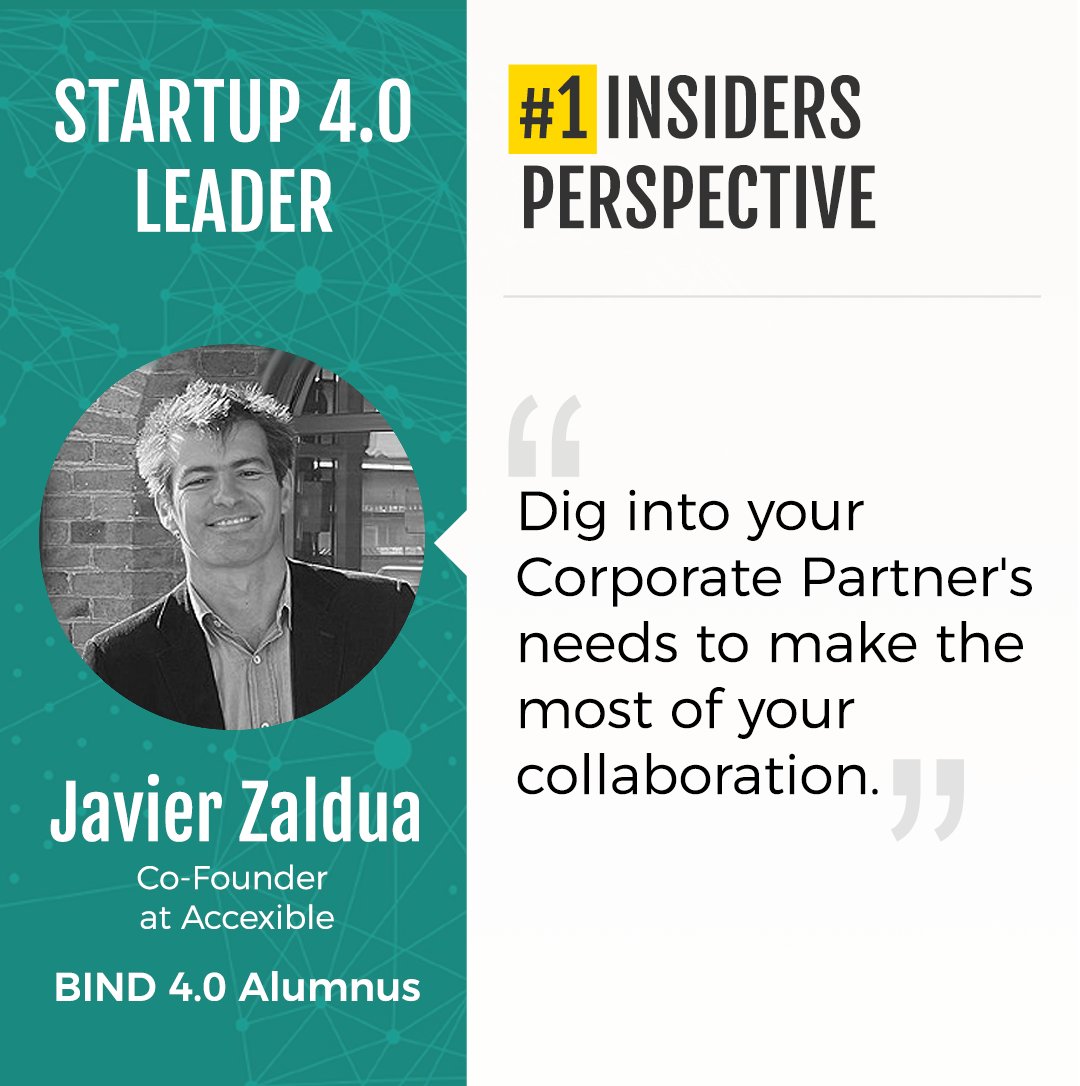