Skip to content
The Results are In! 10% More Applicants in the 4th Edition of Bind 4.0 Accelerator Program

More applicants than ever before! 577 Innovative Startups from around the world have applied for the 4th edition of Bind 4.0 Accelerator Program.

Bind 4.0 has closed the registration period for its fourth call with a total of 577 candidates registered, which is an increase of 10% applications compared to the previous year!  An evolution that continues to grow, since it has gone from 257 in 2016, to 385 in 2017 and 524 in 2018. The number of participating countries has increased as well, which has gone from 64 in the 3rd edition, to 78 countries in this 4th edition.

This increase is due, in large part, to the participation of startups from the main technological hubs, such as the United States, Germany, France, The Netherlands, Italy, Israel, and the United Kingdom, internationally, and Madrid, Barcelona, Valencia and Basque Country at the national level.

More International Applicants than ever before

As for the origin of the applications received, in this fourth edition there has been an increase in interest from international startups, with 426 proposals received, up from 398 submitted the previous year.

Among the international applications received, it is worth mentioning the appearance for the first time of applications from China, Japan and Singapore, and the increase, with respect to other years, of startups from the United Kingdom, United States, Israel, Germany and Estonia.  And a notable growth in international startup applications, among which are the main technological hubs.

There is still a greater European presence, with a total of 293 emerging companies registered compared to other continents. However, Southern Asia has a representation of 90 applications, followed by 61 that come from South America, 50 from North America, 14 from Western Asia, 60 from Africa and, finally, 9 registrations via Southeast Asia.

Although the ranking is headed by Spain with a remarkable 42% increase in proposals since last year, it is followed by India, Mexico, Italy, Germany, Nigeria, Argentina, Columbia, United Kingdom, United States, Brazil and France.

The growth of international candidates shows how this Basque acceleration program, continues to position itself as one of the leading references for entrepreneurship and innovation in Industry 4.0 worldwide.

Among the participation requests, it should be noted that 60% of startups have presented a solution with potential application, among others, to the area of ​​Advanced Manufacturing. Followed by technologies with possible application to the Health sector, with a representation of 36%, and 31% of the projects apply to the Food sector and another 31% have a use case for the Energy sector. Obviously, there is some overlap as there are solutions that can be applied to any of the four sectors we serve. 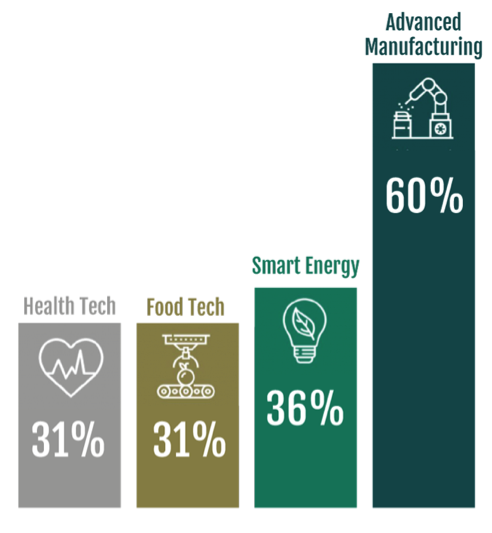 More than 1,600 Applications so far and over 120 Industry 4.0 Projects Completed

Bind 4.0 has gained increasing interest in startups from around the world and has received a total of more than 1,600 applications since it began, including this latest call. Since the first edition, 70 start-up companies have accelerated their businesses through this program and more than 120 industry 4.0 projects have been developed, which have reached a real turnover for participating startups of 3.5 million euros.

We couldn’t be more proud of the response to Bind 4.0 and the growth we’ve experienced each year! As we review the applications with the Partners and move onto the Startup selection process, here are some dates to keep in mind.

– October 2, 2019: Communication of the Pre-Selected Startups

– November 8, 2019: Communication of the Finalist Startups

– December 27, 2019: Communication of the Selected Companies

– January 21, 2020: Start of the Acceleration Program and Projects with Partners

BIND 4.0 - Basque Open Innovation Platform · 6 days ago
@bind40
What a response! More than 80 startups enrolled in the first edition of BIND 4.0 SME Connection 👏🏼 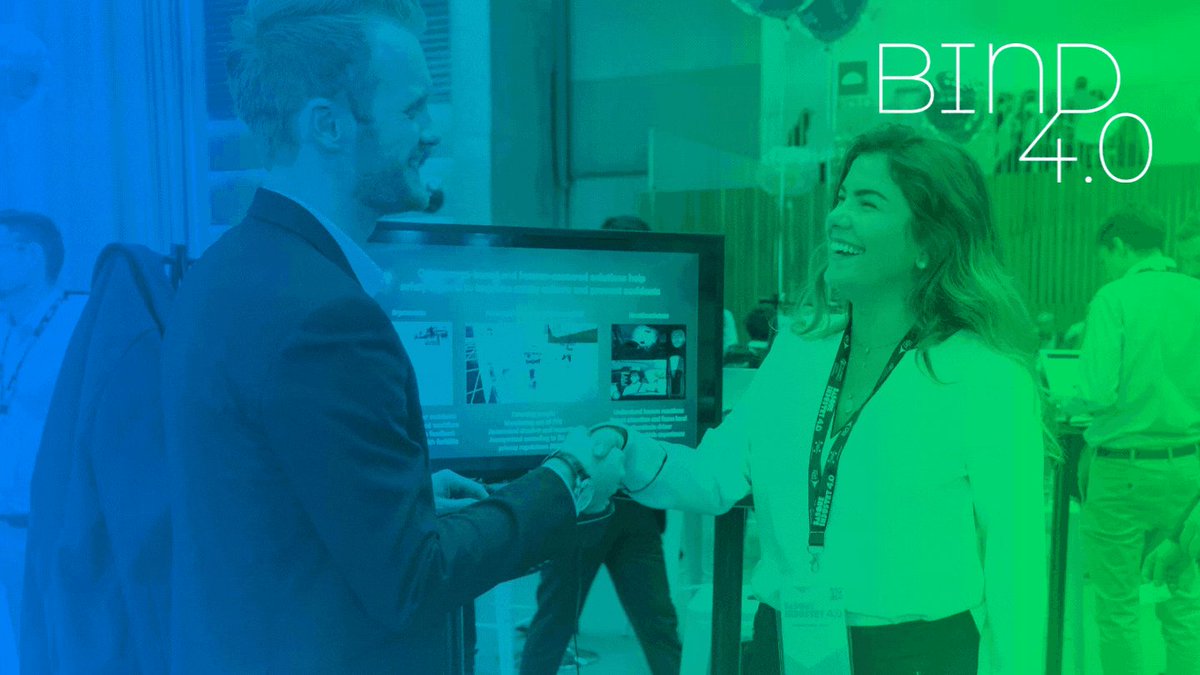 We have compiled a list with the most relevant events in 2022 in our blog. Have you checked it yet? ⬇️ https://t.co/zFtAKMtlcV
View on Twitter
0
1

Page load link
We use cookies to ensure that we give you the best experience on our website. If you continue to use this site we will assume that you are happy with it.OkCookies policy
Go to Top